BitMEX, a crypto exchange, has fired about 25% of its global staff just days after it abandoned plans to acquire a German Bank.

According to sources familiar with the matter, the company, which is owned 100x Group, currently employs around 300 people. The cuts will therefore affect approximately 75 employees. The move was made public last week to employees.

“BitMEX will be making changes in our workforce to make it more efficient for the next phase. A spokesperson for BitMEX stated that the top priority of BitMEX is to ensure all employees affected have the support they need.

“Each one of them has been instrumental in BitMEX’s remarkable journey from a small startup to becoming one of the most reputable crypto exchanges in the globe. We will not comment further on BitMEX’s normal operations.

This news comes only weeks after BitMEX co-founders Arthur Hayes and Ben Delo pleaded guilty in violation of the US Bank Secrecy Act. They were fined $10 million each. The trio were charged with operating a illegal crypto derivatives platform, and violating anti-money laundering rules in America. They were convicted of the charges in October 2020.

According to one person who knows about the BitMEX changes, former CEO Hayes , who retired in October 2020 was involved in the reductions. The source stated that Arthur is playing a greater role in the company to “effectively throw out what they have had been planning and scale down everything.” This was in reference to BitMEX’s recent push to expand its services beyond bread and butter derivatives.

Alexander Hoptner, the current CEO of BitMEX, joined the company in late 2020 in order to help BitMEX pursue an “wider vision” of shaping the evolution digital financial services. This was noted in a blog post that announced his appointment.

BitMEX spokesperson stated that the company’s most recent changes were made “with the support of all our founders.”

They stated that there was no change in the management structure of the group, which is still led by Alexander Hoptner (CEO) and his experienced executive staff.

BitMEX announced last week that it had abandoned its plan to acquire 268-year-old German Bank Bankhaus von der Heydt , which it announced in January. The deal was called off by both parties.

Hoptner had stated to The Block in January, that the acquisition could be “an extreme accelerator” for BitMEX’s efforts at reestablishing itself as a top-ten crypto exchange in terms of volume.

BitMEX has been following a “beyond derivates” strategy since April 2013. It plans to expand its services to include spot trade, brokerage, custody and information products, while still keeping its main focus on derivatives. Hoptner saw in the Bankhaus von der Heydt agreement a way for BitMEX to fulfill that plan, while also incorporating anti-money laundering and know your customer checks.

Marc Robinson , a banking veteran, was appointed global head of custody in June 2021. This was hailed as an “important step” to help BitMEX grow beyond derivatives. According to someone familiar with the matter Robinson has now resigned from the company. He also stated that his departure was prior to the job cuts.

Robinson and Hayes were reached out for comment, but they did not respond to press time. 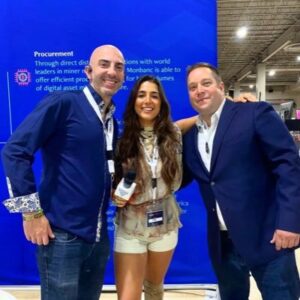 Elena is cryptocurrency writer / journalist based in Europe. She has extensive knowledge in the crypto space and is a solidity programmer by trade. Elena has built an extensive resume working with some of the most ground breaking blockchain firms. Being in Europe, Elena has amassed a large network of professionals in the space and states "The technology behind blockchain is going to impact everyone on earth in a good way, once you get to understand it".

Elena is cryptocurrency writer / journalist based in Europe. She has extensive knowledge in the crypto space and is a solidity programmer by trade. Elena has built an extensive resume working with some of the most ground breaking blockchain firms. Being in Europe, Elena has amassed a large network of professionals in the space and states "The technology behind blockchain is going to impact everyone on earth in a good way, once you get to understand it".

PrevPrevious ArticleGovernor Bailey From Bank of England – Crypto is innovative, but is a Haven For Scams
Next ArticleMike Tyson To Launch Mystery Box NFT Collection On Binance NFT MarketplaceNext

Total Revenues for Bitcoin Mining is Down Over 16% IN September

DeFi Platform Exponential Raises $14 Million in a Seed Funding Round

Sega Gaming Set to Launch a Blockchain Based Game